Research that can benefit people, My dream and goal 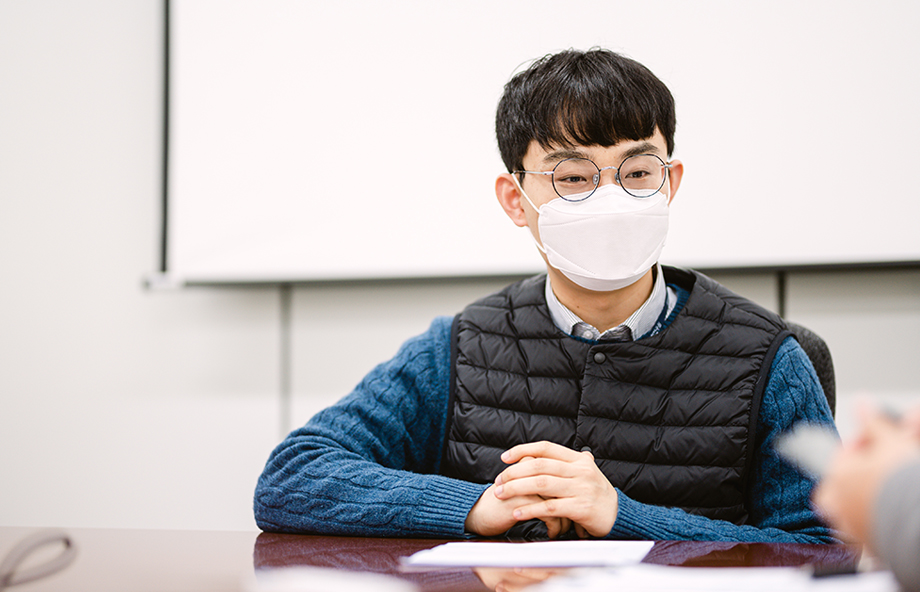 Research that can benefit people, My dream and goal

We can think of different types of medical tests when we worry about our health. In most cases, however, it takes a long time to go to the hospital. Too busy making a living, it’s bothersome, or so expensive… Everybody has their own reason. People continuously put off to see the doctor and often end up with a severe illness. Wu Seung-gyun, a PhD student of UST KRIBB School majoring in Systems Biotechnology was highly interested in diagnostics and development of medicine, and devoted to developing the technique that could help people undergo medical examinations and treatment easily. As a result, he carried out a novel type of research used to diagnose gut inflammation with microorganisms. He prepared the research article as the first author, and which was included in the online issue of 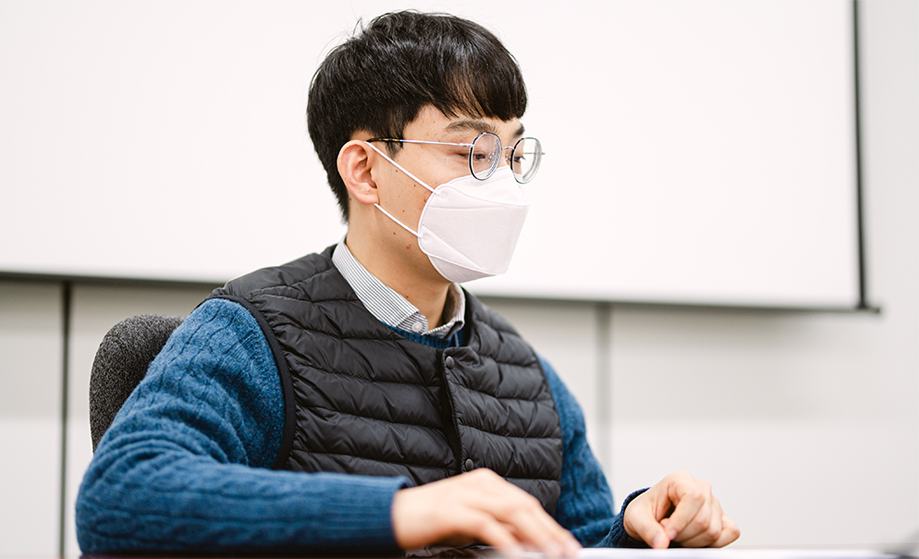 Provide a new direction for disease diagnosis and treatment development

Student Wu majored in Clinical Pathology during his bachelor’s and master’s courses. As he was admitted to UST-KRIBB School, he made up his mind to study a new major, Systems Biotechnology. It would never be easy to change his major. To him, however, it was like opening the door to a new world of research. He firmly believed that when the pleasure of encountering a new area of study combines with multiple subjects that he pursued in the past, it would create a powerful synergy effect. Such belief pushed him hard to focus on his research. This treatise began from the idea on new research while studying Synthetic Biology. 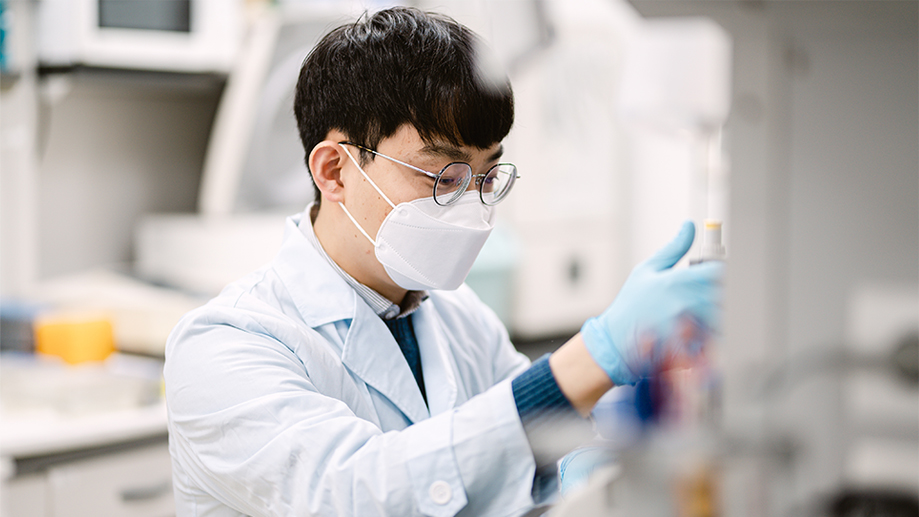 “I have always interested in areas that can help people easily diagnose and treat the disease. As I study on Synthetic Biology, it came up with an idea that such tasks can be achieved by using synthetic gene circuits.”

In order to confirm the existence of gut inflammation, a series of tests are required including colonoscopy, scatoscopy, blood test, CT and MRI. However, there are disadvantages as these medical tests are uncomfortable or quite expensive. Based on the idea that nitrate is generated when we have gut inflammation, he developed synthetic gene circuits sensing nitrate and employed them to probiotics. Thus, the live diagnosis of gut inflammation is available by simply having the probiotics. 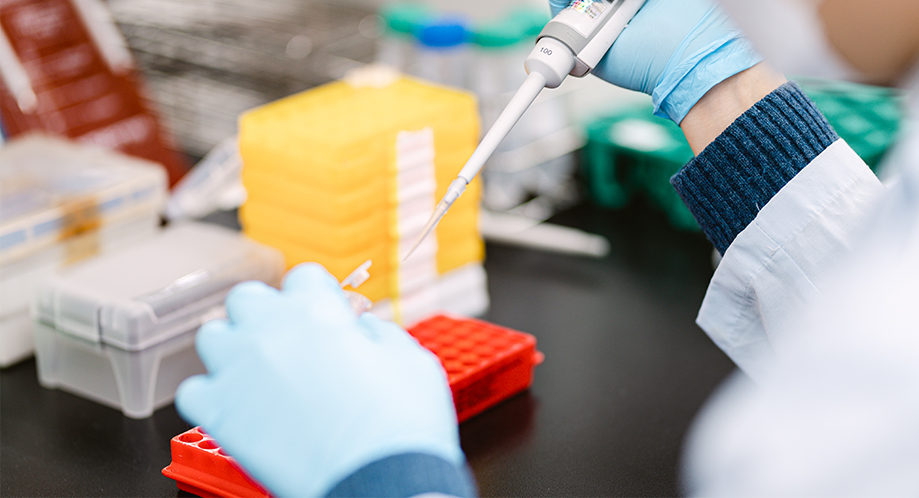 It was named as ‘smart microbe’. This research paper deals with the technique for live diagnosis by using the smart microbe. Our research is not limited to the diagnosis. In the future, we intend to generate the material that can treat the disease by itself. Also, we expect that this technology will play a leading role in the development of novel diagnosis and treatment using microbes in the gut.

Hope that my research can help bring better tomorrow than yesterday

The reason behind why he made up his mind to carry out the ‘research that can benefit people’ was because of his academic advisor. He said that he was greatly influenced by professor Lee Dae-hee. Prof. Lee said, researchers should have their philosophy on the research they are engaged, and his advice was a beginning of creating his own universe of research. 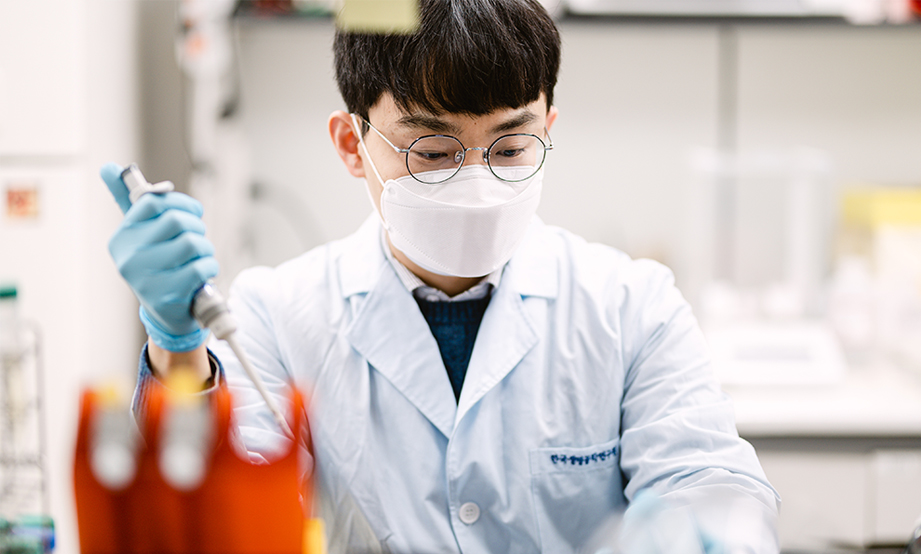 “Prof. Lee gave me a chance to consider about the philosophy of research and life to carry on living during my PhD course. Previously, I just tried to work hard without vision, and do my best in everything. After hearing his advice, however, I mulled over the direction on what kind of researcher I should be. Then, it occurred to me that the outcome of my research should be something that could benefit others, rather than simply focusing on preparing treatise and applying for patents.”

He was admitted to UST-KRIBB in 2017 and he is now about to graduate. If he passes his thesis paper this year to receive his doctor’s degree, he would graduate in the first half of next year. We asked him to give a piece of advice on the campus life of UST. 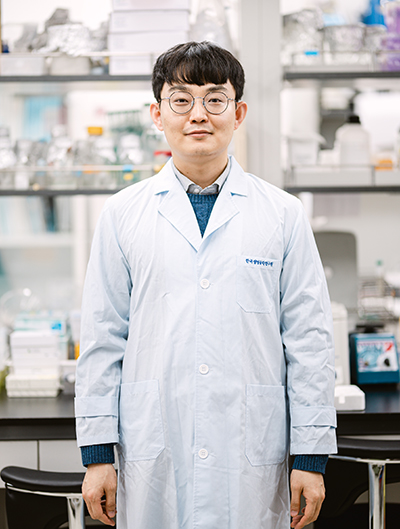 “Try hard to make tomorrow a better day than yesterday with the mindset of accumulating your experience regardless of work, research, and life. Then, you can achieve many things within the limited time.”

He hopes to consistently develop the outcome of this research further. He has a lot of interest in convergence research and continues to attempt to study new areas. Recently, he is closely paying attention to the research of applying CRISPR genetic scissors to synthetic gene circuits. As the technology develops gradually with his passion and effort, the day will come when the smart microbe can diagnose and treat the disease related to gut inflammation easily.

“My hope…is to see the world where the number of people whose situation get worse due to the missed opportunity of diagnosis and treatment of a disease is reduced thanks to my research.”

There should be genuine belief, contemplation, passion, and effort of countless researchers until novel technologies can make people’s lives easier and better. Student Wu was humble during the interview and said that there were more students who were greater than him in UST. Here, I saw the glimpse of authentic researchers who were committed to make the world a better place with pure heart.