Treating diabetes and non-alcoholic steatohepatitis...... On the journey to the creation of new drugs 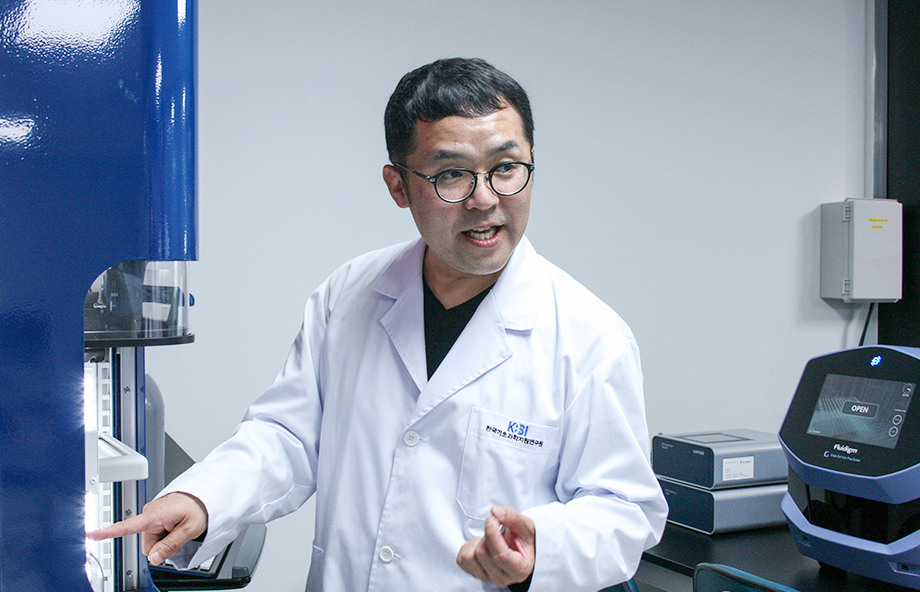 Treating diabetes and non-alcoholic steatohepatitis......
On the journey to the creation of new drugs

Professor Kim Geon-hwa was appointed as a researcher at the Korea Basic Science Institute (KBSI) in 2009. One of the important projects he undertook at that time was to discover proteins that play an important role in liver metabolic diseases. As the project uncovered the mechanism of CYP4A(Cytochrome P450 4A) known as a membrane protein that primarily act on liver metabolism, the journey to the creation of new drugs started. The study titled ‘study on the candidate for liver metabolic disease treatment’ by the research team led by professor Kim, which is expected to generate great effects in diabetes and steatohepatitis, was selected as one of the top 10 national R&D excellence in 2020. More importantly, UST students are playing their part in professor Kim’s journey to develop new drugs. 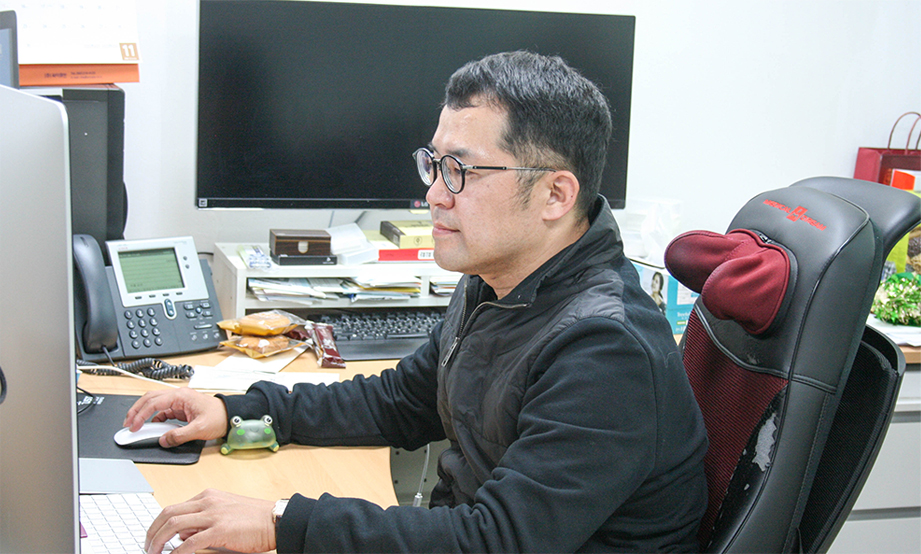 A turning point in the research life, from basic research to translational research

It was 2014 when the study that identified new target and vision for liver metabolic disease was released. A paper that contains very meaningful discoveries was published in

“ We immediately started animal model experiment. First, we suppressed the expression of CYP4A in liver after inducing diabetes in mice. We confirmed that symptoms related to diabetes were improved. When we looked at the hepatocytes, we could find that the level of glucose absorption was improved and fat accumulation was decreased. Another meaningful result was that when we administered treatment to mice without obesity and diabetes, no side effects were shown.” 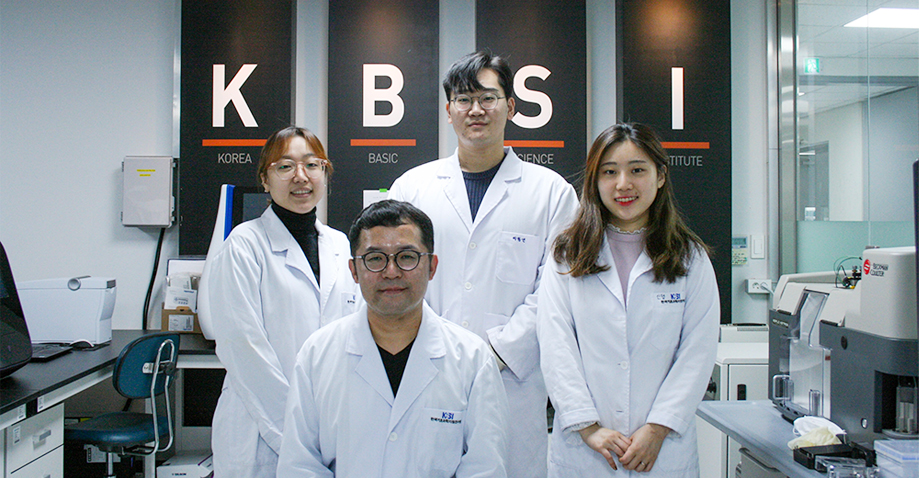 The key to this candidate material for treatment is that it has direct improvement effect in controlling glucose level by increasing sensitivity to insulin. Most drugs currently available on the market is insulin secretion inducers. There is few drug that improves the sensitivity to insulin. Although the diabetes drug market is a red ocean, the material is expected to play a significant role thanks to its differentiation from existing treatment. The treatment for steatohepatitis has not been developed but if the treatment is developed using the candidate material, its ripple effect will be enormous.

The decisive moment when professor Kim started the journey to develop new drugs was the time when the professor started translational research rather than basic research.

“I had no idea about new drug development. To develop our candidate material into a new drug, we learned and studied and focused more on translational research. In this process, we won the national project and the establishment of the high content screening automation system and high speed/large volume screening automation system at the research institute enabled us to bear fruits. “

Conducting research and technology transfer together as well as founding research institute company ...
Dreaming the future beyond the current achievement together with UST students

‘The candidate material for liver metabolic disease treatment’ of professor Kim’s team was delivered to a company as part of technology transfer. In this process, professor Kim turned the dream of ‘establishing a research institute company’ that been cherished for several years into the reality. By reinvesting the technology transfer fee, the team established the research institute company called Psy Pharma Co., Ltd. together with KBSI. The foundation of such movement was UST students (Lee Min-ji, Hong Shin-young, Lee Dong-won). 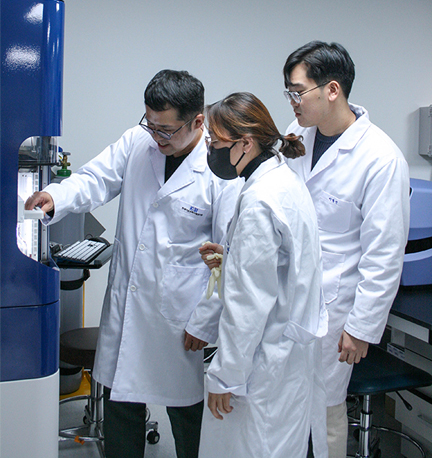 “Without these students, we would not have been able to establish the company. In particular, student Lee Min-ji took the main part of the technology transfer process. That is why I hired her as a researcher and she could work and study at the same time at UST. One of the reasons why I established the research company is that working with my students with whom I studied and worked together is more efficient than hiring somebody from outside. It increases the chance of having successful items. So I want to make the research institute company a company that considers job opportunities after the students graduate. I think that is the way to grow the company.”

It has been almost a year since the Psy Pharma Co., Ltd. was created in February 2020. It is also the time when the company needs to grow both internally and externally.

“I want to grow the company by joining hands with good students and researchers. Currently I have a goal of listing the company with technology special listing within 5 years. I want to create good cases in the process of making the educational element and research element contribute to the solid growth of the company”. 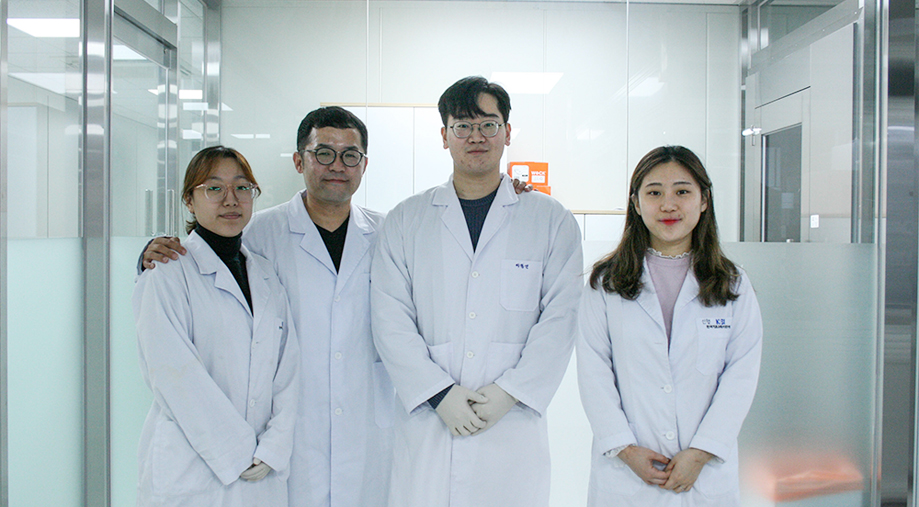 Diabetes and steatohepatitis are representative diseases, which can be called enemy of modern people. So a question was raised. “When can we get the prescription of the treatment developed by professor Kim at the hospital?” He said that his goal is to make the treatment available on the market within 10 years. The journey to develop new drugs by professor Kim and UST students who are on the journey together with the professor. How will they grow in the future and what results will be made? I’d like to cheer professor Kim and UST students up to make a success in their journey.