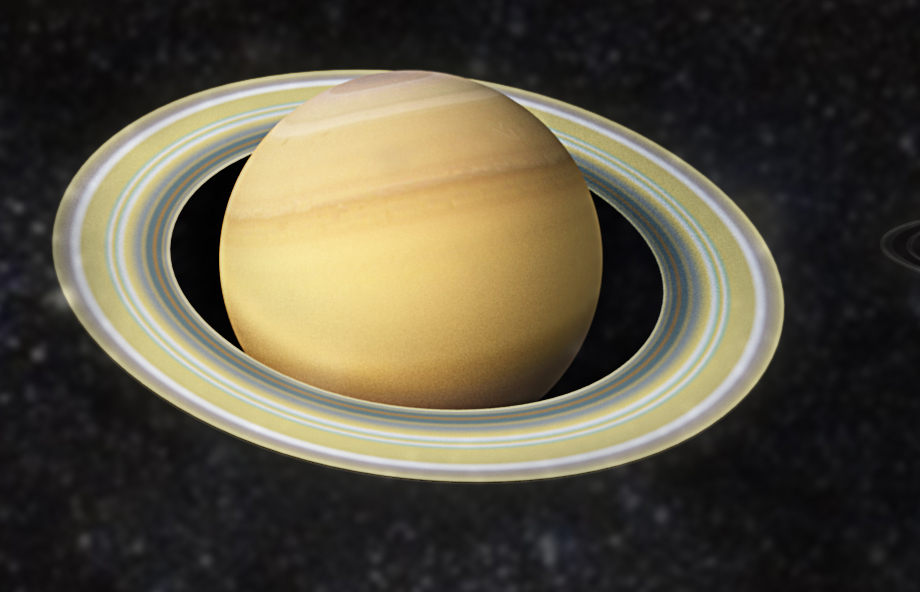 Discovered in 1655 by the Dutch astronomer Christiaan Huygens, Titan is one of the moons of Saturn. Humanity has long been passionate about Titan. It’s the only celestial body holding water, a property only shared with Earth, and has atmospheric pressure of about 1.5, similar to Earth’s. Scientists endeavored to find out more information on Titan and last year they finally completed the entire topographic map. This achievement heralds the historic exploration to find living creatures on this planet

Will We Find Living Creatures There?

A global topographic map of Titan was crafted using data from NASA's Cassini spacecraft which is an unmanned probe to Saturn launched in Oct. 1997, at the John F. Kennedy Space Center, located in Merritt Island, Florida. After a long journey in space, it arrived on Saturn and begun undertaking its mission in 2004. After that, it traveled about 79 km over 14 years, turned over 120 times and transferred 653 GB of data to Earth. It contains information on the atmosphere and the surface collected using various wavelengths.

Observation information gathered this way was surprisingly incredible. We have discovered that various terrains such as plains, lakes, valleys, sand dunes, and mountainous areas were developed on Titan. It is a plain that occupies two thirds of the surface of Titan. 17 percent of the land is sand dune made by wind. 14 percent is hill. The remaining 1.5 percent is a maze-like valley created by rain and erosion. Rosaly Lopes, a Senior Research Scientist at NASA's Jet Propulsion Laboratory, left an impressive statement in the science journal

Nature, “Titan has an atmosphere like Earth. It has wind, it has rain, it has mountains. It’s a really very interesting world, and one of the best places in the Solar System to look for life.” Vast amounts of information that the Cassini spacecraft has left will undoubtedly contribute to detecting the change on Titan.

Will it actually be possible to discover a foreign creature? Will we be able to see new life on Titan that looks like primitive Earth? There was other interesting research that reinforced the idea of potential living creatures that humanity has long been searching for. Furukawa Yoshihiro, the professor of Division of Earth and Planetary Materials Science at Tohoku University in Japan, and NASA's Goddard Space Flight Center joint research team has researched meteorites where they found ribose in two different meteorites. Ribose is a crucial component of RNA (ribonucleic acid). Since it was the first time RNA’s component, essential to life in meteorites, was detected, the gravity of this research is compelling, opening the possibility of extraterrestrials.

Cassini spacecraft completed its mission in the space in Sept. 2019 and has been oxidized after entering Saturn’s atmosphere. To pour more energy into Titan research, NASA has planned a new project: sending Dragonfly rotorcraft to Titan in 2026. The rotorcraft will launch in 2026 and arrive in 2034 for its 2.7-year baseline mission. If Dragonfly successfully takes photographs across the surface of Titan, a more detailed map will be completed.

Dragonfly is exceptionally solid and smart. It is a dual-quadcopter drone with eight rotors. It can move dozens of kilometers in an hour at once. It can land on diverse terrains of Titan from sand dunes and valleys to craters. It’s basically a flying robot but once it lands it can explore the surface like a rover. Titan has the most suitable environment for Dragonfly’s exploration. Only with one seventh of Earth’s gravity, it’s relatively easy to travel on the surface.

People have long been trying to figure it out but the Saturn’s largest moon is still in veil. Dragonfly’s exploration will offer us a lot of new crucial information to learn about space. We never know if foreign creatures have already appeared on Titan and if that’s the case, the discovery will change the course of history of humanity. That’s why we should bring our attention on Titan and Dragonfly.