Seeing What is Inside through Science and Technology: The World of Magnetic Resonance Imaging 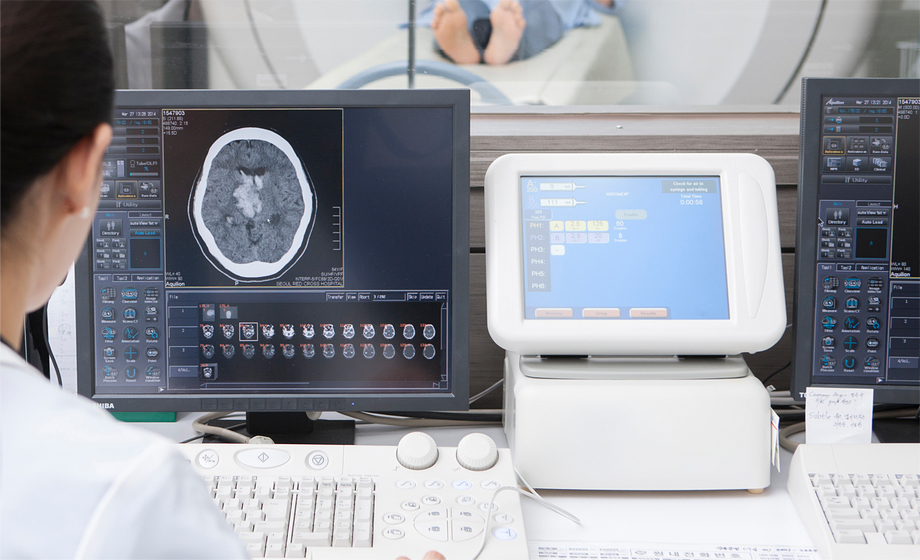 Seeing What is Inside through Science and Technology:
The World of Magnetic Resonance Imaging

When people are sick, they go to the hospital, which is perhaps why TV shows and movies that need some sort of dramatic story create believable situations or, particularly when a twist or climactic event is needed, scenes showing surgical operations and medical images. Since there are no children without parents, no graves without excuses, and no technological advancements without basic science, magnetic resonance imaging technology and relevant research studies are discussed here through the lens of scientific history.

Magnetic resonance imaging, or MRI, technology is a very important component of medical technology because it can see the inside of the human body in detail through X-ray computed tomography. Although looking at images produced using this technology are different from looking inside the body and brain with the naked eye, it still allows you to observe the state and phenomena of the body and brain to a considerable extent. In addition to MRI, there is also ultrasound technology, which is cost-efficient, and positron tomography technology, which carefully uses sensitive radioactive materials. Compared to these other technologies, MRI is harmless to the body and produces images that can be obtained regardless of direction with relatively better resolution. It is also particularly effective in capturing images of soft tissue. 70% of the human body is composed of fluids, most of which is water. By analyzing signals from the nucleus of the hydrogen found in water, anatomical images, functional images, and bioactivity images can be obtained.

Although it might be a stretch to discuss Dalton's atomic theory from 1803 and Rutherford's atomic model from 1911, (1) the nucleus absorbs electromagnetic waves in a magnetic field (reference, 1944 Nobel Prize in Physics, Isidor Rabi), (2) and then the hydrogen nuclei in the molecule then absorb electromagnetic waves of different frequencies depending on their state (reference, 1952 Nobel Prize in Physics, Felix Bloch and Edward Purcell). (3) Through this phenomenon, the structure of molecules was investigated through precisely differentiated signals. (reference, 1991 Nobel Prize in Chemistry, Richard R. Ernst in 2002, Nobel Prize in Chemistry in 2002, Kurt Wuthrich). (4) By applying a gradient magnetic field and processing the signals in accordance to the position of the molecules, a cross-sectional image of their positions can be obtained (reference, stories of the 2003 Nobel Prize in Physiology or Medicine, Paul C. Lauterbur and Sir Peter Mansfield). These findings explain today's process of biomedical imaging technology. It is interesting to see the academic development and expansion of the fields of physics, chemistry, and physiological medicine by following the timeline of previously awarded Nobel Prizes. 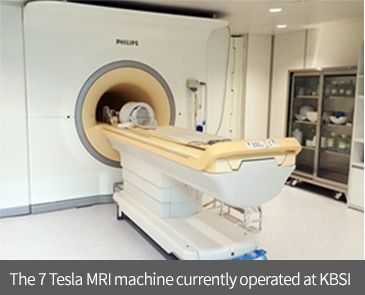 The magnetic field is the most important factor in MRI technology. This is because an image is obtained by emitting an electromagnetic wave unique at a quantum state, which is determined by reacting the dipole of the atoms with an external magnetic field. Also, as the strength of the magnetic field increases, higher resolution and higher quality images can be obtained.

Even today, professionals using this technology continue to seek out stronger magnetic fields. Around the world, 7 tesla (T, 10,000 gauss) grade MRI technology is partially used in clinical settings, while 3 tesla and 1.5 tesla grade devices are widely used in most hospitals. .

In Korea, there are three 7 Tesla MRI machines currently being used for research purposes. They are mainly used in conducting research on device technologies, introducing new imaging concepts based on such device technologies, and conducting brain function and cognition related imaging studies. Instrumental science, such as device technology and functional technology, naturally serves as the basis for the development of research in the applied sciences, such as brain and disease research. Considering the fact that basic science is the foundation for device and functional technologies, it can be considered as somewhat of a hidden cornerstone. In a sense, it is almost as if Dalton's atomic theory or Rutherford's atomic model was the starting point of all civilization.

Here, brain disease research using 7 Tesla MRI is introduced. The picture below shows the comparison of brain images of a healthy individual and an Alzheimer’s disease patient. As can be seen, the brain of the Alzheimer’s patient shows signs of atrophy. In addition to these anatomical comparisons, various specialized imaging techniques (CEST, DTI, Perfusion, etc.), which are based on many physical phenomena, such as diffusion, exchange of chemical substances, and perfusion, are currently available. In particular, a lot of research is being conducted on technologies that use magnetization (QSM, SWI, etc.), through which features can be displayed in an ultra-high magnetic field of 7 Tesla or more. Some of these images are shown below.