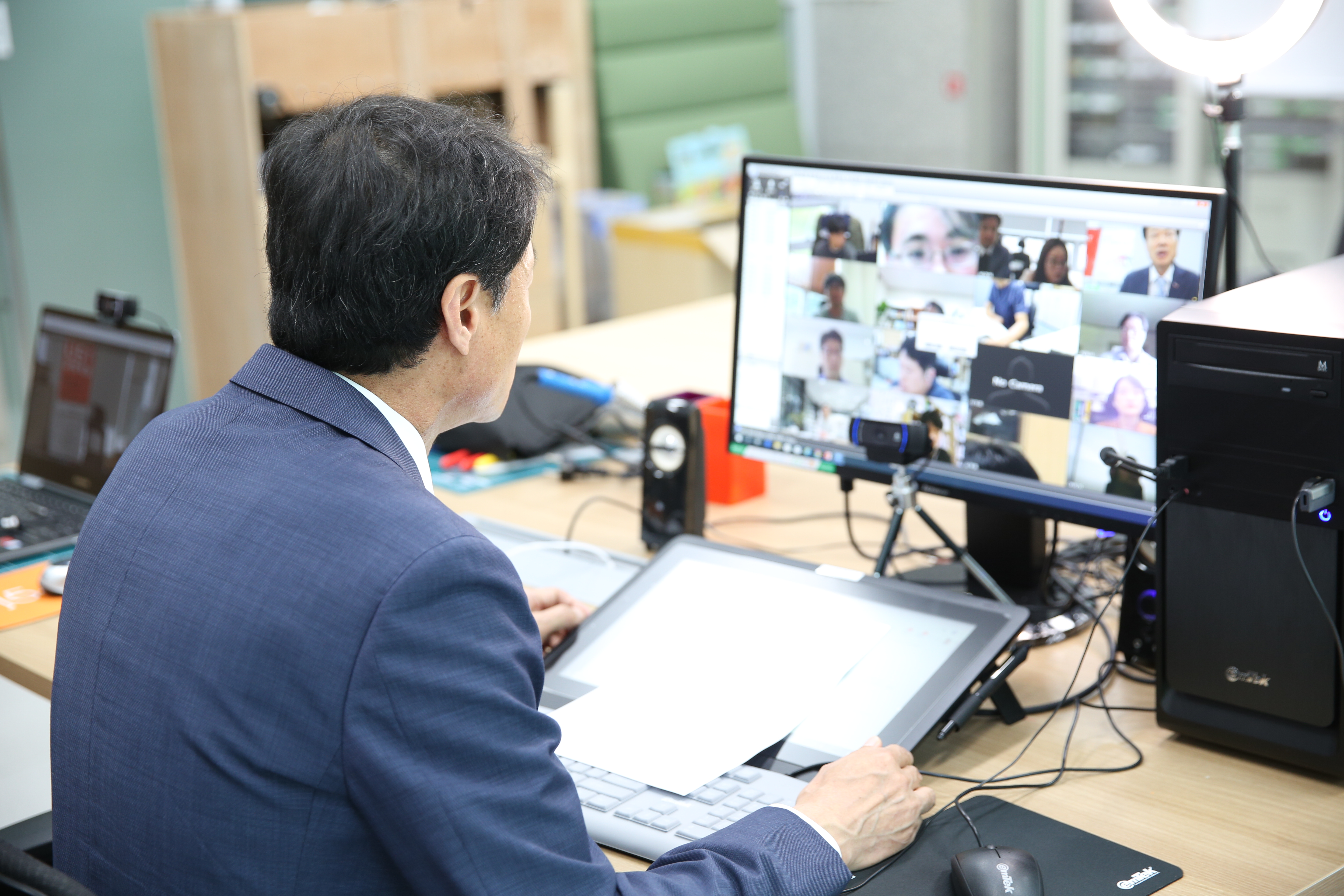 The University of Science and Technology (UST) has appointed 22 new professors to begin in the fall semester to strengthen the school’s competitiveness in education and research.

Professor Jin-soo Choi received 1st and 2nd place awards at Computer Vision Pattern Recognition 2020, a global computer vision conference, for his work in the field of AI-based video compression technology. In early 2017, he also received the King Sejong Award, the highest possible award, at a patent technology award ceremony organized by the Korean Intellectual Property Office, further solidifying his role as one of Korea’s leading scientists. Professor Choi stated that the positive outcomes of his work were a result of his 25 years of study and research in the field of media. He also added that, now as a professor at UST, he is pleased to share his research knowledge and experience and help foster future generations of researchers.

Dr. Won-young Lee, animal behavior researcher at the Korea Polar Research Institute and author of The Way of the Penguin, The Summer of Penguins, and Heading to the North Pole for the Summer is also among the newly appointed UST professors. Professor Lee travels to and from the North and South poles every winter and summer to study the behavior of the animals that live there. He stated that, although he is a bit overwhelmed by the responsibility of teaching students, he promises to devote his capacities to the best of his ability in education and research.

Another one of the newly appointed professors is Dr. Jeong-yeol Han, who was a member of the first accepted class at UST. Professor Han began studying at the UST Korea Astronomy and Space Science Institute in March 2004 and graduated with a Ph.D. in August 2008. Currently, Dr. Han serves as both a senior researcher at the Korea Astronomy and Space Science Institute and the head of the Center for Astronomy and Space Science. Professor Han stated that he received an offer from a co-research company to participate in joint training programs for promising researchers. This prompted him to apply to work as a professor at UST, considering that the newly launched Center for Astronomy and Space Technology aligned with his goal of teaching such individuals. Professor Han stated that, as both an alumnus of and professor at UST, he promises to do his best in equipping his students with the capacity for convergent thinking, which he believes is essential in today’s generation.

To ensure that the new professors would be able to adapt comfortably to their new work environment and to provide them with the necessary capacities to teach at UST, a workshop was held from July 7th to July 15th. In accordance with COVID-19 prevention guidelines, social distancing was practiced by holding the workshop online. During this workshop, UST provided the new professors with various areas of training, including ▲an introduction to UST’s education system, ▲effective methodologies for online teaching, ▲the code of ethics for teachers, and ▲raising awareness on disabilities.

UST is a graduate school that cultivates outstanding individuals in the area of science technology by granting educational functions for 32 national research institutes in Korea. Approximately 1,200 of the 13,000 doctorate-level researchers at UST are currently working as professors. In order to operate an educational structure that takes the initiative in responding to today’s rapidly changing society and meets the needs of the industry, UST hires new professors for respective research areas every three years. Due to its flexible academic management and the cutting-edge research infrastructure at the national research institute, UST boasts 840 Ph.D., 1,683 Master’s, and 2,523 joint Master’s-Ph.D. graduates as of July 2020.